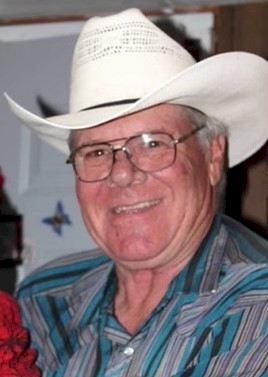 Larry Josef Cvach was born March 25, 1949, in Kadoka, the son of Louis and Bernice (Miles) Cvach. They lived in Belvidere, for seven years, where Larry and older sister Dorothy attended grade school. The family later moved to Kadoka where sister Barbara was born. He graduated from Kadoka High School in 1968. Larry enjoyed music and band in school and later played several years with the Belvidere Polka Band. When not in school he could be found on the family ranch 20 miles northeast of Kadoka caring for the cows and horses. Larry spent the entirety of his life on the ranch.

In 1970 Larry married Gaynold Raben, and they had three sons: Wesley, Russell, Bradley, and a daughter: Gayla. He was an active Jaycee leader for “BB-Gun and Hunter Safety Training” for many years. Larry enjoyed hunting, trapping, and calling coyotes, and shot trap regularly in Belvidere and Kadoka. He taught all his children and most of his grandchildren to shoot trap and accompanied many to regional and state competitions. He was united in marriage to Anna (Uhrig) Larson in 1991. Anna had two adult sons: Ronnie and Greg, and one daughter: Kathy, who was still in high school. Larry taught her to shoot and soon she was shooting trap as well. He also loved fishing with his grandchidlren and teaching them how to fish. A day spent fishing with Grandpa Larry was a GOOD day!

Larry auctioneered his first sale in 1977 joining his father Louis Cvach, and Billy Markwed, helping to sell farm and household sales for many years. He also enjoyed selling craft bazaars, church suppers and pies socials. Through it all, Larry loved ranching and was very proud that parts of the ranch have been in the family for five generations and will be continued to be shared with future generations. One of his favorite events was trading help with his neighbors and friends. Larry also enjoyed riding a good horse, and a few not so good ones, but we will always remember the smile that accompanied whichever one he was riding!

Larry was preceded in death by his parents Louis and Bernice (Miles) Cvach; one grandson Zachary Scott Larson who died at birth; and brothers-in-law David and Dan Uhrig.

Funeral services will be held 10:00 a.m. Friday, June 10, at the Belvidere Community Church in Belvidere, with Pastor Cindy Bisser officiating.